If You Love The Content Provided On The Rational Theorist and You Want To Contribute, then feel free to donate money, which will help get my company "JF Business Ventures" up and running and thereby the goal of bringing future innovation and technology to the masses. Not only will your donations be greatly appreciated, they also will go to the excellent cause of making the world a better and more hi-tech place for all humanity one project at a time. However, regardless if you donate or not, I must say thanks for taking the time to read/listen to my blog and hopefully you’ll learn many valuable things from it which will stimulate your thoughts and ideas about the world. $-]
Note: Click banner for my Tutor profile on WyzAnt

Invest In The Best 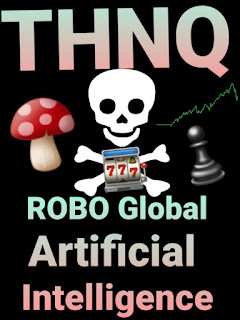 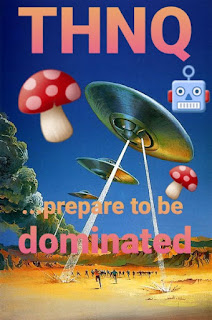 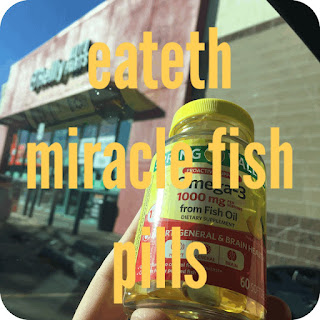 A Lesson in Big History

Matter is composed of atoms made up of protons, neutrons, electrons and those are composed of even smaller particles, and they probably, very likely arose by some natural process...like how snowflakes arise or volcanic islands, all naturally, in the same manner is how strings, branes, quarks, leptons arose to create the big bang and there assuredly was something mathematical that happened that can explain it. 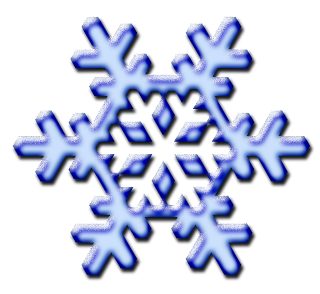 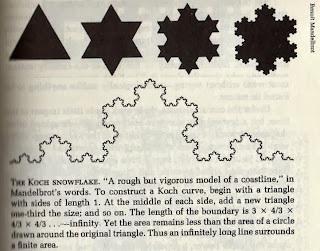 Perhaps math is the intrinsic thing that exists beneath all of nature, in such a way it could be theorized that nature arose from mathematics, the evolution of geometric and algebraic relationships are the very foundation of nature. 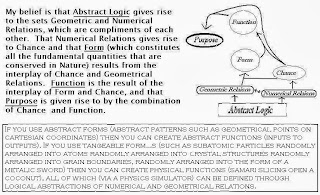 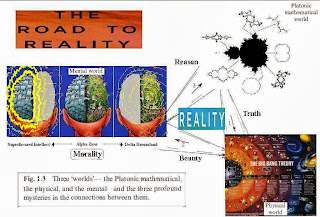 In that being said, the origin of matter is an answerable question, matter is equivalent to energy and energy is a conserved quantity. Energy has no origin, it goes on forever since according to the first law of thermodynamics it can neither be created nor destroyed. If energy could be created, say from a hypothetical tapping into the zero point energy of nature, then everybody would have perpetual motion devices someday but that would nullify the first basic law of thermodynamics. 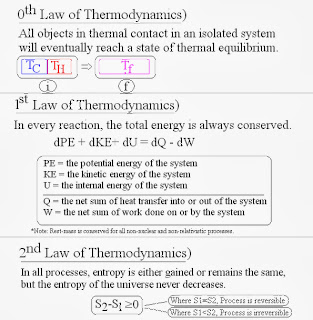 According to the second law of thermodynamics there is something in the universe that is commonly said to increase at an increasing rate over time called entropy, and it is what gives rise to a concept called “the arrow of time”. This law, however, is based off of the conditions of the present state of the universe which is still rapidly expanding from the big bang. On the contrary, however, I’ll state that entropy is cyclical or more relevantly perhaps chaotic like the stock market over time, and I’ll provide some evidence that the entropy of the universe goes up and it goes down over time, and it trends one way then spikes the other, and the entropy level varies from place to place over the universe as well. 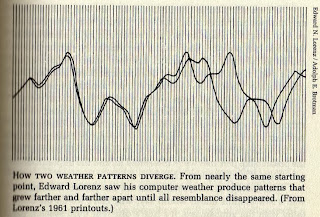 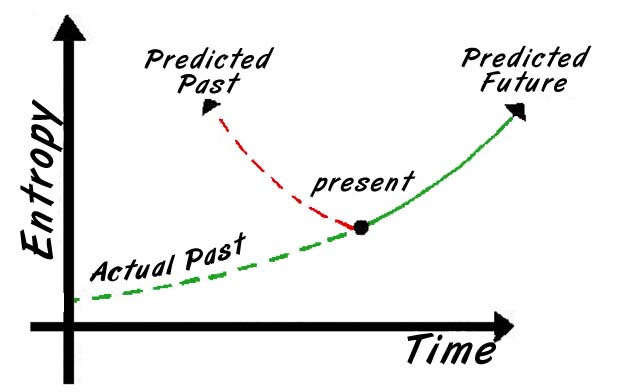 Some clues that the universe behaves in a chaotic up and down way as opposed to entropy only rising as stated in classical thermodynamics are to be found in quantum mechanical effects such as bose-einstienium condensation whereby as the universe cools down due to its expansion, the wavetranes of bose particles actually condense together and synchronize on top of each other and fermi particles behave similar to bose particles at supercool temperatures as well.

The quantum condensation effect is a property of matter that has experimentally been shown to exist in extreme cold conditions near absolute zero and hence the probability greatly increases that entropy will suddenly decrease as the universe cools to lower temperatures because electrical resistance disappears leading to superconductivity and fluid viscosity goes to zero leading to super-fluidity, and probably quantum gravity having to do with Higgs Bosons condensing will be shown to generate super-gravitational fields as particles steadily increase in mass. In addition, I might also hypothesize that spacetime acts as a closing string slit at supercool temperatures and hence causing photons and radiation to get stuck in loops in accordance with quantum slit experiments through the strings and fabric of space-time itself. Hence it should predictably follow that a quantum effect will take place allowing for big crunches to occur on a downward spike of universal entropy. Notice on that diagram of the universal entropy curve over time that the entropy curve is concave up.

Here is a program I made called The Falkenchord which can be used to demonstrate the longterm distribution effects of shifting probability amplitudes via bouncing sound tones on a hexagonal grid ... there are two modes, the first is an automated mode where the marker goes way out of bounds, perhaps that is a classical view of the entropy of the universe, and then there is a center-auto mode where if the marker goes out of bounds the probability increases exponentially to bring the marker back in bounds which I hypothesize represents a quantum mechanical view of entropy of the universe:


Well what I am predicting is that there will be an inflection point in universal entropic concavity due to a quantum shift in the probability amplitudes of wave-particles as the universe is cooling down, followed by a maximum in universal concavity when the higgs boson field increases to a point where mass increases rapidly and supergravity kicks in, followed by a big crunch entropic spike downwards in the distant future all in accordance with a cyclical or chaotic trending hypothesis. In such a way the universe exhibits a continual sequence of big bangs and big crunches that extends both ways on the time line infinitely in both directions of the future and in the past...consider the following diagram from Roger Penrose's book "The Road to Reality".

In this hypothesis where the universe is a giant quantum system, if psi is the entropy of the universe between epochs, we merely measure time and space in reference to the last universal big bang that has occurred, since with each universal aeon time starts and stops anew… this is merely my own educated guess about the long-term behavior of universal entropy over time based on theoretical and experimental predictions...the thing that still stands is in this model of a cyclical universe is that energy can neither be created nor destroyed, however it entails a modification to the second law of thermodynamics.

It's very likely that the Big Bang didn't happen as cosmologists originally proposed, but certainly the evidence points to the universe is expanding, and the space-time of our current universe likely started from the previous crunch-bang that occurred similar to how Roger Penrose explains, but whereby there is a slight modification to his theory as he considers entropy to continually increase through the universal aeons according to a classical view of thermodynamics, but in fact the entropy probably goes up and down over the successive aeons based on an analysis that takes into account supercool temperature effects on probability amplitudes and taking into account the higgs boson field leading to supergravity .

The existence of the higgs boson was confirmed by relativistic near light velocity atom smashing experiments performed at the large hadron collider testing facility in testing the ultra-high energy conditions of the big bang a billionth of a second after it occurred in hopes of discovering high energy particles that existed at that point in and in how quickly they disintegrated and what constituent particles they disintegrated into as well.

With the large hadron collider scientists from all around the world tested what the universe was composed of at a billionth of a second after the big bang and they confirmed the existence of the higgs boson as well, which may someday lead to discoveries that will reveal the theoretical effects of higgs condensation and supergravity ...but no doubt it should also be possible to test what the universe was like during the aeon transition of the previous big crunch to current big bang that occurred perhaps if it was an unraveling of p-branes of a higher dimensional form of matter that caused the big bang, however there may be an alternative explanation in an aeon transition that Roger Penrose theorized about in his lecture, and that having to do with a new state of matter known as Light Matter that was experimentally observed as another clue to the puzzle of the big bang. What penrose discussed is the fact that light is timeless as it traces out the trajectory of light cones, hence since light is timeless it can travel from one Aeon of the universe to the next. Well, Penrose wasn’t aware of the existence of the recent discovery of light matter, but perhaps a decaying of extremely dense light matter is how particles may have formed...in a reverse annihilation process that could explain how time begins in each successive universal aeon...gravitation bends the trajectory of light, well supergravity will bend it into loops and a new form of matter.

In this modified interpretation of the crunch-bang that occurred, perhaps light particles that fall into black holes form a very dense state of light matter when they enter into the singularity, and as a black hole disintegrates to the point where it goes "poof" what remains of a black hole is an extremely dense form of timeless light matter. This disintegration of black holes which all collided together after the big crunch of the previous universal aeon is what causes space to expand, the radius of the light cones is the span of space which is commonly attributed to the inflationary period of the universe, and then at the end of the disintegration when the black holes go “pop”, a big energy dense ball of timeless light matter is leftover. Timeless light matter can exist as a necessary transitional condition for energy transportation between universal aeons, and then the particles reverse annihilate once the expansion of space is a certain radius thereby causing the big bang, and hence allowing for time to flow with the reintroduction of higher dimensional time particles into space and the emergence of a brand new space time aeon…the process of expansion and contraction begins anew.
Posted by Quantum_Flux at 12:11 PM


MoneyPong ... the second level is tougher than the first level, ok impossible ;-]


The Falkenchord ... check out my post on Phoenix Robotics and Circuitries Messageboard for details about the patent pending physical prototype:


Simulation game for scratcher tickets ... Buy It On Ebay.

Philosophy:
The Philosophy Files
Our Technological Future
Free Chaos Will
Reality
Hawking Gives Good Advice
Modified Dale Carnegie Notes
The 48 Laws of Power
How to be more Successful
A New Definition of Greed
Making Money
A Few Business Wiseisms
Change in Business-Politics-Technology
Mind Evolution
An Error in Sagan's Philosophy
Anarchism
Something Patriotic
Libertarian Stance on Guns and Gun Control
The Secular Bible
Objectivist Freethought
My Philosophy
Cool Secular Symbols
How an Open Mind Works
A deeper look at conspiracies
A Continuum Of Beliefs
The Cycle of Existence (?)
A Concept of Self
You Can Trust Science
It's Your Ship
Accurate Thinking (Napoleon Hill)
Feynman's Big Fear - Thought Control
Skepticism On Zietgiest (!)
The Common Wealth and The Hierarchy
Bill Gates and Warren Buffet
Good Business Audiobooks

Theoreticians & Experimenticians - this one is essentially an open source peer review process where anybody can post their favorite theories and anybody can either critique them or argue with or praise them depending on whether they agree or not.

Technologists - this one is essentially an open source news feed service about technology, especially cutting edge technology with robots and gizmos and spaceports and such, very impressive technology articles always finding their way onto this site

Follow Me on Facebook - If you wish to personally friend me on Facebook, then go ahead, so long as aren't a spammer then I'm usually more than happy to friend you.

Labels: about this blog, Educational 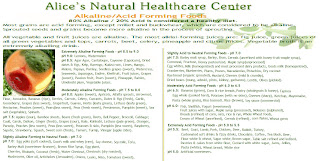